As dentists worldwide begin to tackle the backlog of patients whose tooth decay may have worsened during the Covid-19 pandemic*, Edinburgh-based dental technology company, Calcivis, is preparing for a US launch with a restructuring of its board and the successful completion of its latest funding round.

Calcivis has developed the world’s first biotechnology-based dental imaging system and has been part of the portfolio of the Scottish business angel investment syndicate, Archangels, since 2012. The Calcivis Imaging System can identify active tooth decay at an early stage, allowing dentists to use preventive treatments.

The leading life sciences veteran, Dr John Brown, has been appointed non-executive chairman of Calcivis, succeeding James Browning, who has stepped down from the role after eight years on the Calcivis Board. John has had a long association with Calcivis’s largest shareholder, Archangels, having chaired and overseen exits from two Archangels portfolio companies: Touch Bionics Ltd and CXR Biosciences Ltd. John is the current chairman of the Cell and Gene Therapy Catapult and senior non-executive director of Acacia Pharma plc and YourGene Health plc.  In the public sector he is Chairman of the Roslin Foundation, a Fellow of the Royal Society of Edinburgh and an Honorary Professor of the University of Edinburgh.

Commenting on his new role as chairman of Calcivis, John said: “Calcivis is at a very exciting point in its development. This device provides what many clinicians believe to be the “holy grail” of preventive dentistry and, with a US launch scheduled for next year, Calcivis is in a strong position to help dentists in the world’s biggest market to identify dental decay before it’s too late to save the tooth.”

In addition, Calcivis has appointed Vancouver-based Michael Crane as a non-executive director. Michael, who has worked as an adviser to Calcivis for a number of years, has over 35 years’ experience in the dental field, both in the US and Europe, and brings a wealth of contacts and a track record of commercialising dental technologies.  Michael has held the position of Senior Vice President, North America Group, and Senior Vice President, International Group, for Dentsply, now Dentsply/Sirona. He has also held senior positions with Johnson and Johnson Dental Products Company, and Ortho Pharmaceutical (Canada) Ltd.  He holds a Bachelor of Commerce degree from the University of British Columbia in Vancouver, Canada.

Michael said: “I’m confident that Calcivis can revolutionise the world of preventive dentistry at a time when many patients are suffering the effects of not being able to see their dentist for check-ups due to the Covid-19 pandemic*. The Calcivis device will arm dentists across North America with the ability to spot tooth demineralisation earlier than has ever been possible before, allowing them to take the necessary steps, such as the deployment of fluoride varnishes, sealants, remineralising agents, and to monitor the effectiveness of their treatment.”

The Calcivis Imaging System, which combines a medical device with a photoprotein consumable, has undergone extensive clinical evaluation in advance of its planned launch in Boston, USA, in 2022. To facilitate this Calcivis has successfully completed a £1.52m equity fund raise, led by Archangels and also featuring investment from Scottish Enterprise, and Lynx Financial.

Adam Christie, CEO of Calcivis, said: “I’d like to thank James Browning on behalf of the whole Calcivis team and our shareholders for his leadership in getting us to where we are today.

“These appointments and the successful completion of another funding round signal the opening of a new chapter in the Calcivis story as we prepare to launch our device in the US and see the hard work, dedication and enthusiasm shown by the whole Calcivis team become a reality.”

The pandemic has had a profound impact on the dental industry, causing widespread closures of dental practices during 2020.  There is also emerging evidence that SARS-CoV-2 can be transmitted via airborne routes, which has implications for aerosol generating dental procedures e.g., drilling and filling.

With the recovery under way, the American Dental Association (ADA) Health Policy Institute (HPI) noted that by November 2020, 99% of dental offices in the US were open, with patient volumes estimated to be 80% of pre-COVID levels.  As a result of the closure of dental surgeries during the pandemic, there is a large backlog of patients (many with untreated caries).

The ADA HPI has recently reported shifting care patterns, with increasing use of preventive products, reinforcing the potential importance of the Calcivis Imaging System in the US dental market. 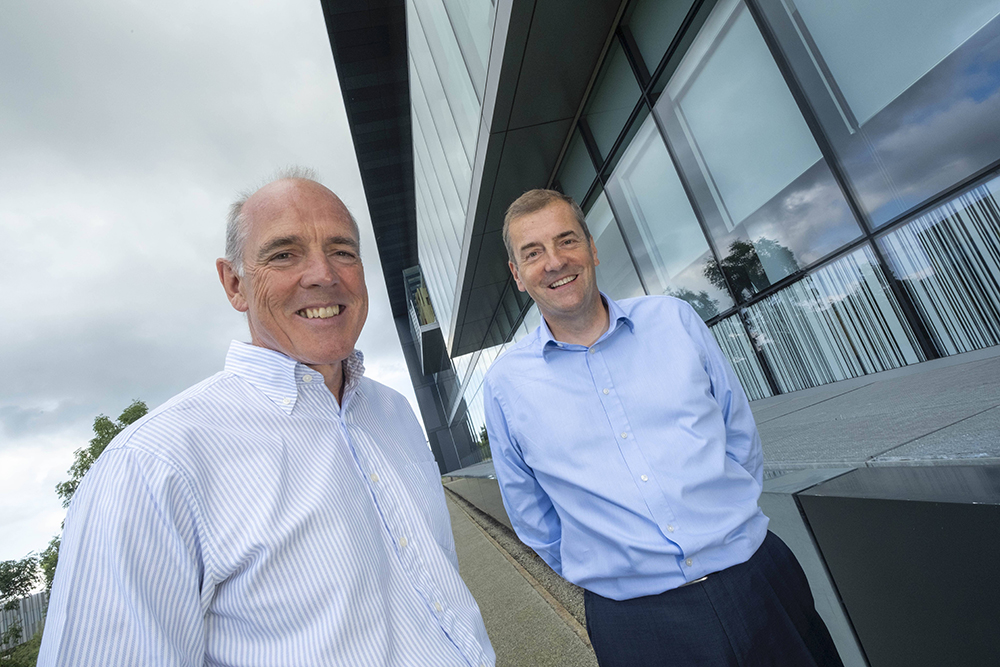