The minor loss of tooth surface is often considered as a normal, an inevitable part of daily life and intervention is not often considered appropriate. It is usually not until the teeth change in shape or appearance, or when dentine is exposed or sensitive, that dental erosion becomes obvious at a routine examination. [i]Nevertheless, it is important to make patients more aware of the condition and manage erosive tooth wear effectively in order to secure the long-term health of the dentition.

Erosive lesions occur when the loss of hard tissue is etched away from the surface of the teeth away chemical such as acids. In the initial stages this dissolution of minerals from the surfaces of the teeth can cause surface softening, a smooth glazed appearance and the flattening of normal enamel structures. With progressive loss of enamel, the reactive area increases, which may lead to distinct defects such as cupping or grooving on occlusal surfaces and restorations that stand proud of the surface. Crown height may also become severely reduced.[i] The rate of progression can differ significantly as it is dependent upon both biological and behavioural factors interacting on the tooth surface.[i] For some patients, dental erosion can cause rapid change, while for others it may be slow and gradual. However, this condition can make the teeth structurally weak, they may crack or chip easily and also, demineralised areas offer the perfect environment for bacteria to colonise and penetrate into the dentine to cause caries.[i]

Patients that show signs and symptoms of erosion are often not aware of, or might be confused by the erosive potential of acids. Consequently, dental professionals need to assess the risks of each individual patient and provide education to ensure that preventive measures are undertaken to reduce the severity and frequency of acid attacks and subsequently, the rate of erosive progression. Non-invasive management strategies can be employed to avoid the advancement of erosive tooth wear. Fluoride in the form of a varnish or specially formulated mouthwashes or toothpastes can be used to reduce the acid solubility of the tooth surfaces. The application of a sealant may also be used to increase acid resistance, but larger lesions may warrant the use of composites and direct bonding.[i] However, by monitoring tooth wear as part of a routine oral health assessments, it is hoped that the condition can be addressed at the early stages, before it reaches the need for restorative intervention.

Following a meeting in December 2018, a group of dental experts representing patients with erosive tooth wear agreed that a scoring system for recording clinical findings was needed to assist the management of erosive tooth wear. The basic erosive wear examination (BEWE) is the most widely used index internationally and it was identified as a convenient way to record the severity of erosive tooth wear. As the index of choice, the BEWE system mirrors the basic periodontal examination (BPE) with the same routine and similar recording processes. This allows dental professionals to conduct the BEWE at the same time as the BPE as part of a standard dental examination.[i]

CALCIVIS® has also developed a valuable visual tool to help detect and monitor dental erosion and also provide patient education. This innovative technology uses a bioluminescent photoprotein which produces light in the presence of free calcium ions as they are released from actively demineralising tooth surfaces. A sensor within the device then detects the light signal and immediately displays a map of demineralised areas or ‘hot spots’ in real time at the chair side. The CALCIVIS® images enable dental professionals to detect the very early signs of dental erosion and patients can also see exactly where the teeth are losing minerals. This visual technology allows patients to better understand the significance of demineralisation, the effect of acids and their own oral health status. Fundamentally though, it means that preventive, non-invasive measures can be initiated much earlier, before clinical signs become apparent, to prevent progression and protect the teeth from further destruction.

When dental erosion can be identified at the early stages, it can be more successfully monitored and managed. This can increase the chances of saving the teeth from irreversible structural damage and repeated or complex invasive treatments in the future. 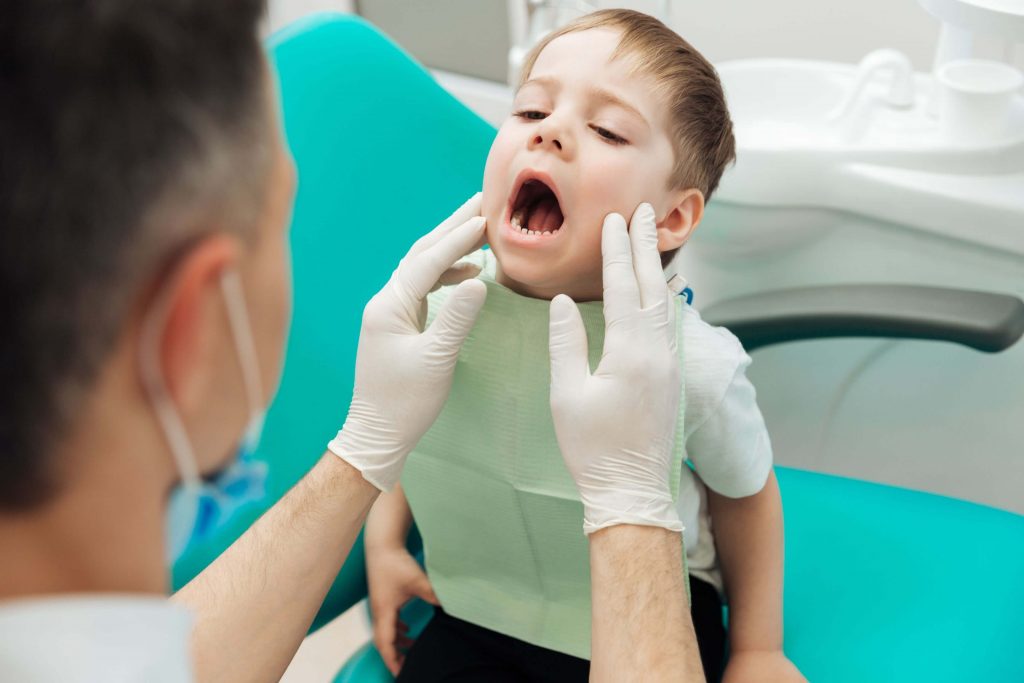