Home » Bioluminescence how it is transforming minimal invasive dentistry

Bioluminescence how it is transforming minimal invasive dentistry 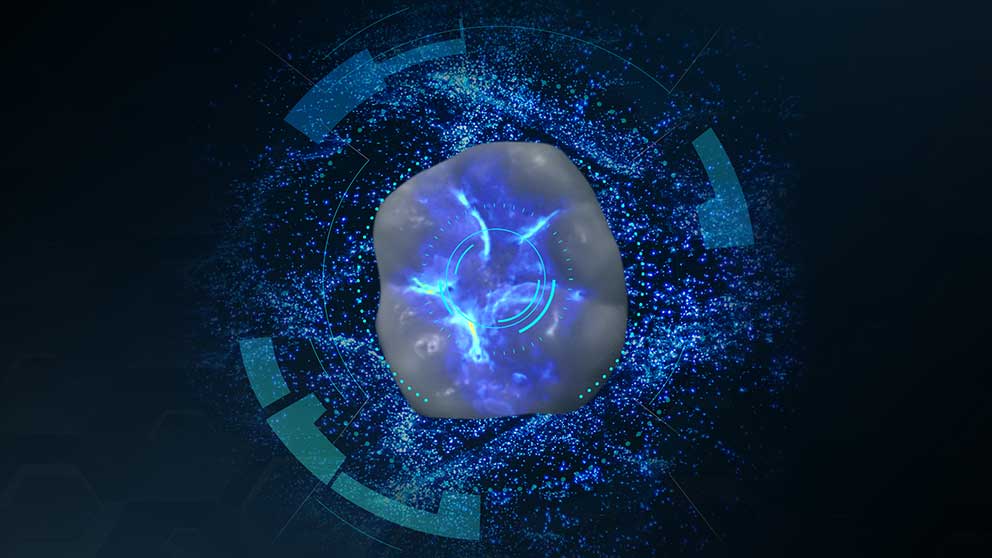 For many years, scientists have attempted to put bioluminescence, the natural production and emission of light, to use in modern technology. Here are a few of the most promising concepts to date:

[1] The idea of using bioluminescence to help replace electricity-draining conventional streetlights, road signs and interior lighting has long been an ambition in the biotechnology community. One of the most exciting ideas currently is to splice the genes from bioluminescent fireflies or marine bacteria into trees. The trees’ leaves would be able to soak up enough sunlight during the day to provide energy throughout the night. These ‘glowing’ trees could then be planted in cities and towns to replace conventional streetlights, for a more cost-effective and green friendly light source for urban areas.

[2] Researchers are considering creating glowing crops that will intelligently produce different coloured luminescent to tell farmers about their needs. For example, biologists from Cambridge University developed a potato that would glow if it was dehydrated. With such information, farmers would only need to irrigate their crops when absolutely necessary. Not only would this help save money, it would boost crop yields and even protect against diseases since, in theory, the same concept could be used to ensure plants begin to glow if they are infected.

[3] There has been a great deal of research undertaken around the world into the possibility of introducing bioluminescent compounds to water supplies to assess their quality. By utilising a harmless bioluminescent marine bacterium, it may be possible to create a light signal in water that has been contaminated with certain chemicals, including heavy metals or pesticides. Obviously, the benefits of this could help provide safer drinking water to areas that are still at high risk of water-borne infections and diseases.

[4] Over the last decade, bioluminescence has been used to provide new ways to see biological processes, which could lead to improved treatments for cancer and other ailments. By using specific luminescent compounds, doctors could reveal pathways of tagged drugs, metastasising cancer cells, stem cells, or viruses and bacteria as they progress through a patient’s body.

This so-called ‘cell tracking’ can provide a way for medical professionals to assess a patient safely and repetitively to help identify and better understand the way the body reacts to certain infections or cell functions. The technique has already shown promise in helping scientists understand how cancer cells function in an actual tumour environment.

Bioluminescence is also being put to good use in the dental field. Innovative new company, CALCiViS, has developed a unique imaging system that utilises a highly specific, recombinant luminescent photoprotein that reacts with free calcium ions – such as what would be found on an actively demineralising tooth surface. The resulting light signal can then be captured by the CALCiViS imaging device which provides a precise map of the initial stages of enamel decay, allowing practitioners to prepare first-step preventive treatment and remineralisation therapy to redress the damage.